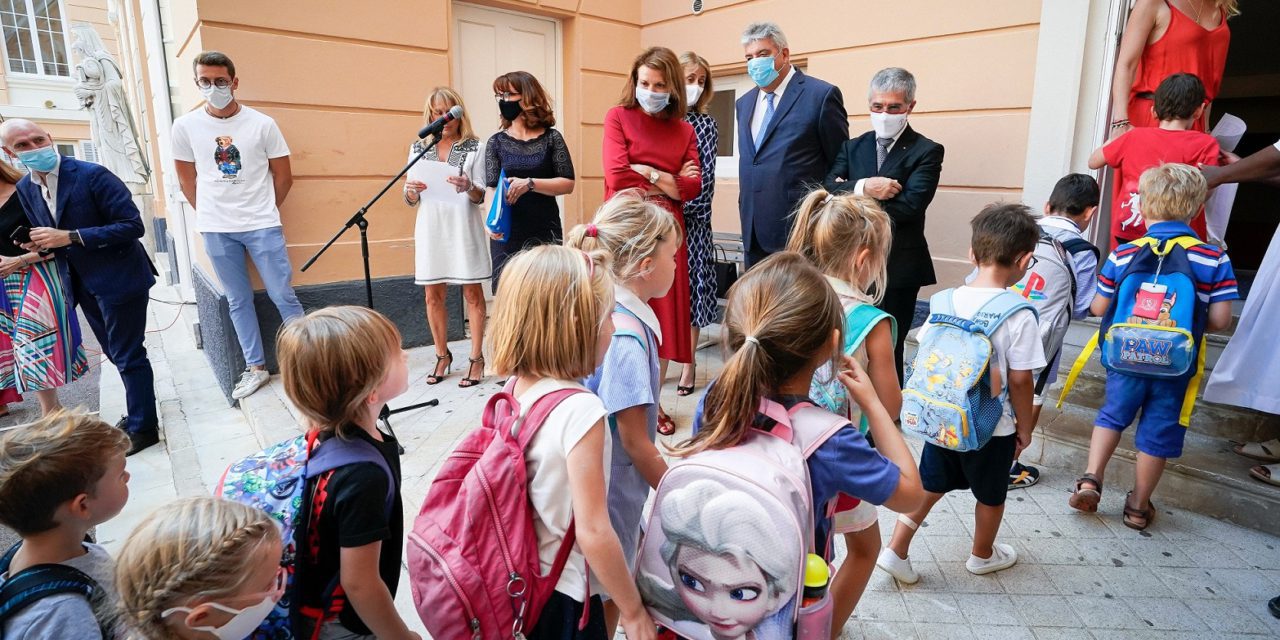 Monaco’s schoolchildren returned for the start of the new school year on Monday, under the watchful eyes of the new Minister of State, Pierre Dartout, Madame Isabelle Bonnal, Director of Education, and Patrice Cellario, Minister of Home Affairs.

A total of 5,774 children are enrolled in Monaco’s schools, with 518 teaching staff.

Mr Dartout expressed his satisfaction at the precautionary measures in place, while several of the children said they were happy to see their friends again after a long break.