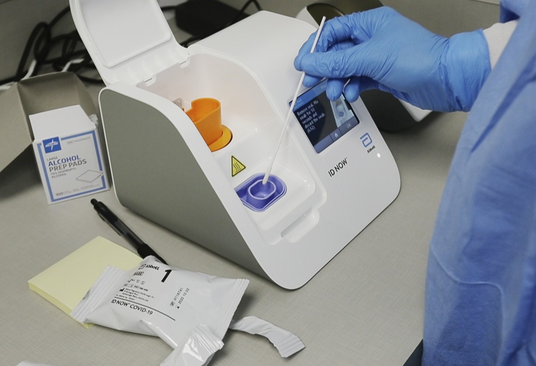 The Principality has been steadily increasing the number of tests available to detect the presence of coronavirus. During this week, test capacity will increase to 1,260 per week with results known almost immediately.

The Monaco Medical Analysis Laboratory, which takes 50 samples a day, will be able, at the request of the Government, to open an additional site for 50 additional samples a day from this week.

The Princess Grace Hospital has already pre-ordered a new Abbott testing machine which is in the process of CE approval. The machine enables results to be known in 20 minutes. Meanwhile, the Monaco Scientific Center is awaiting delivery of an automatic device that will be able to perform 1,200 analyses each day.

Compared to other European states, Monaco’s testing capacity relative to its population is more than double that of Belgium, France, Germany or Iceland and four times that of Switzerland or Italy.

The Government is opening up all possible avenues to equip the Principality as well as possible in terms of tests – in the context of considerable international competition. In the face of the increasing international demand for testing products, Monaco is determined to complete all the testing stages and analysis within the Principality as soon as possible, so that the country is autonomous.