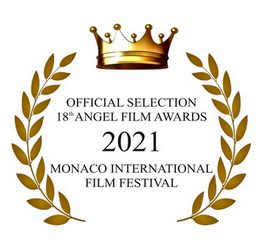 Edward Sylvan, Co-founder of International Distributor Sycamore Entertainment Group Inc. (SEGI), has been announced as the next president of the Monaco International Film Festival (MIFF), to be held in Monaco from February 25-28, 2021.

Sylvan’s vision is to enhance the digital profile of one of the most prestigious festivals on the International circuit. The partnership between the MIFF and SEGI comes at a time when independent distributors build revenue streams by partnering with movie theatres and Film Festivals are getting creative, paving new paths for the future of film fests.

Now in its 18th year, the MIFF is considered one of the Crown Jewels of the international Film Festival circuit, and it’s Angel Film Awards attracts the top filmmakers, celebrities, investors, industry leaders, and politicians from around the globe, according to its organisers.

“During these challenging times, we continue to look towards the future and embrace opportunities that will grow the MIFF and The Angel Film Awards. We are confident that working with Mr Edward Sylvan and Sycamore will bring our beloved festival to the next level,” said MIFF Co-creators Rosana Golden and Dean Bentley in a statement released last week.

Centred on glitzy Monaco, the MIFF bills itself as a celebration of “peace, love and the art of making movies” by honoring films that explore and increase awareness of social issues but stay away from gratuitous violence.

“I am honoured to be appointed as President of the MIFF.” Says Edward Sylvan. He says, “The festival’s mandate is what I have stood for my entire life and serves as a platform to promote films of equality, diversity and other complex subject matter using nonviolent storytelling. It takes an extremely high level of filmmaking talent and creativity to tell stories this way. I am excited to join this wonderful team and be a part of taking the MIFF to new heights.”

As President, Mr Sylvan will also seek to attract international films and filmmakers that further speaks to the festival’s diverse voice.