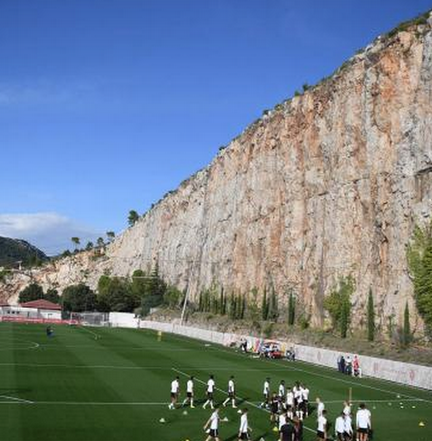 A man in his fifties was killed at Monaco’s La Turbie training ground on Monday afternoon when a boulder fell from a cliff-face that was undergoing major stabilisation work.

“AS Monaco has the pain of announcing that an accident has occurred at the La Turbie training center site on Monday at around 2pm, causing the death of a person working for a construction company,” the club said.

“While protection work on the cliff was in progress, a piece of rock came off, striking the victim on its fall.

“The accident occurred in an area of the construction site inaccessible to the public, staff and players of AS Monaco, well away from spaces dedicated to sporting and medical activities.

Deeply affected, AS Monaco wishes to give its full support to the family of the victim.”

French sporting newspaper L’Equipe said the victim was operating a mechanical digger at the time of the accident.

No new cases on November 1