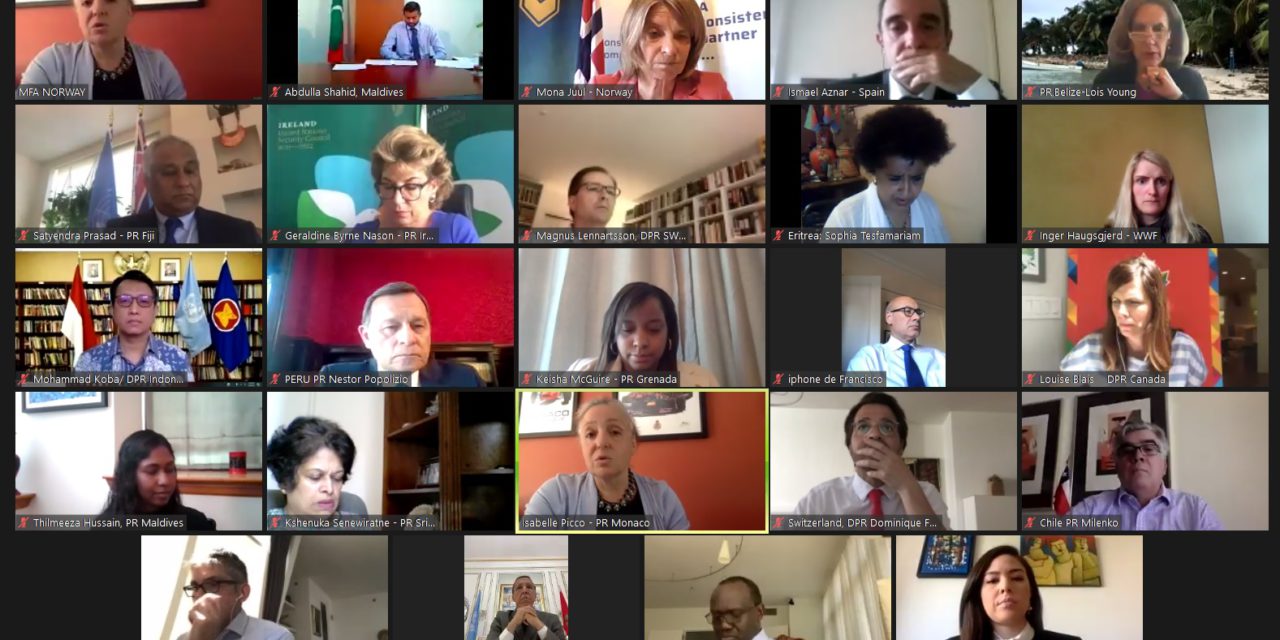 On June 8, 2020, to mark World Ocean Day, a new ‘group of friends’ was created at the United Nations to combat marine plastic pollution.

Monaco joined Antigua and Barbuda, the Maldives and Norway as one of the founders to work to strengthen political cooperation and support the work of UNEP.

Although states have made progress in banning the use of single-use plastic, the Group aims to support systemic initiatives to end plastic and microplastic pollution, failing which by 2050 there will be more plastic than fish in the oceans.

HE Ms Isabelle Picco, Permanent Representative of Monaco to the UN, spoke in favour of awareness-raising, recycling, the circular economy and a radical change in the way plastic is produced and used. The Ambassador also underlined the urgency to act against this pollution and its link with climate change.