Coronavirus continues to ravage Europe, US 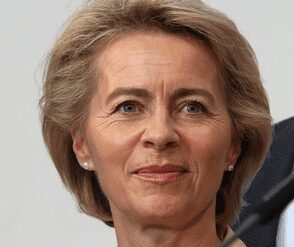 In Europe, there are some encouraging signs, according to the director of the European office of the World Health Organisation, Hans Kluge.

However, the figures from Italy and Spain remain dire, with 712 new deaths in Italy taking the total number of cases to 80,589. Spain recorded 498 deaths and 6,682 new cases.

Meanwhile, in the UK a record number of new deaths was recorded, at 115 giving a total of 578. More than half a million people have volunteered to help the National Health Service, while Prime Minister Johnson has come under fire for not joining in a EU initiative to bulk-purchase medical equipment that Britain desperately needs in the fight against coronavirus. This prompted one observer to say that the PM “favours Brexit over breathing.”

The first order placed by the EU, which will go to 25 of the 27 member states, covers “masks type 2 and 3, gloves, goggles, face-shields, surgical masks and overalls.” Britain was invited to take part as it is still in the Brexit transition period and is still being treated as a member state.

European Commission President Ursula von der Leyen was not slow to score points, saying: “All over the world, there’s right now a tremendous need for protective clothing and medical equipment. It is therefore a success that the Joint European Procurement Initiative has been able to secure on the world market concrete offers of considerable scale on shortest notice.

“This is EU solidarity in action. It shows that being part of the Union pays off. This material should soon provide considerable relief in Italy, Spain and in 23 more member states.”