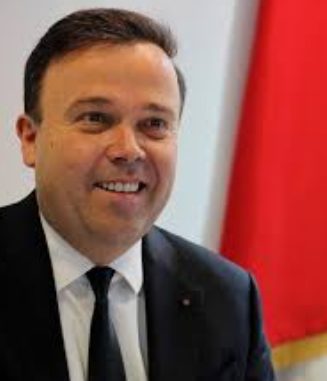 President of the Council Stephane Valeri and Minister of State Serge Telle found little to differ about at the public session on Tuesday, December 10, when the draft budget for 2020 was discussed.

“We have the same aim, to serve the general interest and to seek the well-being of the population,” Mr Valeri said.

For his part, the Minister quelled any further outbreak of unrest over the major issue that has troubled the elected body in recent months, the problems caused by the large number of construction projects constantly underway in the Principality. He said that a number of rules and regulations have been introduced already to mitigate traffic problems and reduce noise levels and more are on the way.

Mr Valeri could not have been more supportive, stating: “We are very satisfied, Mister Minister, with all the measures you have already confirmed or which you have announced this evening.”

In other good news, the Government will introduce a fare-free regime for the Number 4 bus route for a period of six months, most probably starting early in the new year. It is not yet clear whether this move will be a foretaste of more free travel in the Principaliy, a move that proponents say will help ease traffic congestion.