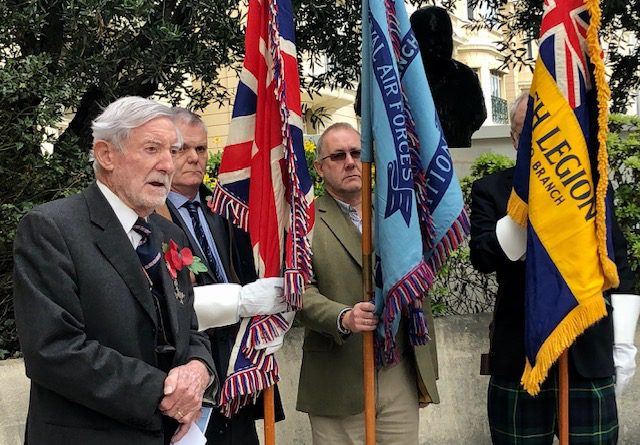 Monaco’s British community and the parishioners of Saint Paul’s Anglican Church in Monaco observed Remembrance Sunday with a short service and the laying of a wreath at the statue of Sir Winston Churchill, on ave. Grande Bretagne on Sunday, November 10.

Commander Michael Healy MBE, Chairman of the Monaco-Nice Royal British Legion, spoke of the sacrifices made by millions of combatants, men and women, who served in the British and Commonwealth forces during the first and second World Wars, and in later conflicts.

Winston Churchill was associated with the Riviera, and particularly Monaco, for most of his life. As an enthusiastic painter, Churchill loved all that there is to admire in the region, in particular its colour and the quality of light, Commander Healy said.

Following the ceremony, those attending returned to Saint Paul’s where the large congregation gathered for a special service conducted by the chaplain, Father Lawrence MacLean.