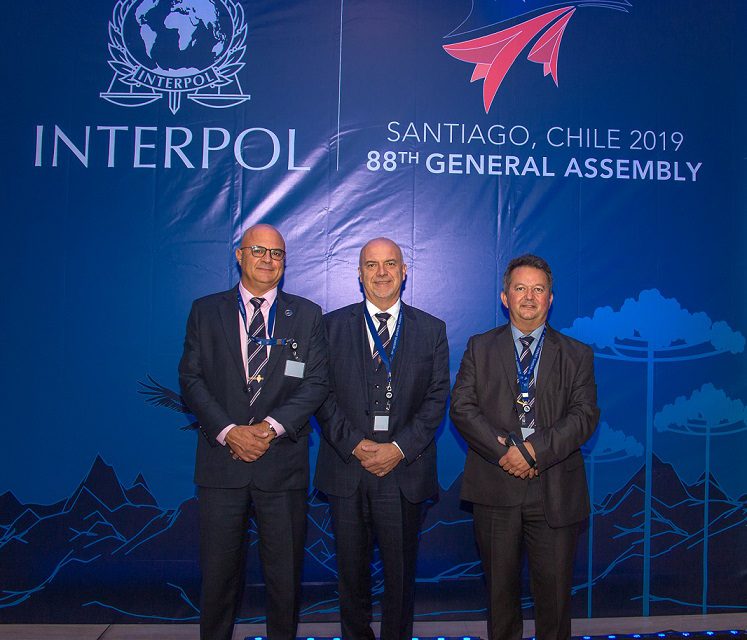 The 88th General Assembly of INTERPOL was held in Santiago de Chile. The Principality was represented by a delegation composed of the Director of Public Security, Richard Marangoni, Major-Commander Stéphane Giorgetti, in charge of the Judicial Police Division, and Commander Olivier Jude, Head of the Section of International Cooperation.

For four days, the conference brought together nearly 900 officials from 162 countries, including more than 70 ministers and police chiefs. Work focused on current and future threats, organised crime and terrorism.

Delegates endorsed the idea of ​​strengthening the role of a global police information exchange platform through increased sharing and enrichment of data and information.

INTERPOL is the largest international police organisation in the world, with 194 member countries. Its goal is to enable police around the world to work together to make the world safer.

Monaco’s participation in INTERPOL’s activities the Public Security Department to establish close links with the police services of the member countries.