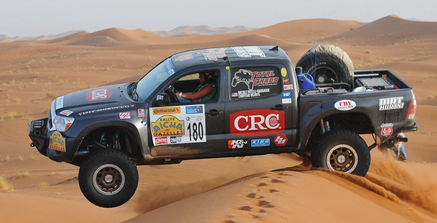 The Prince Albert II of Monaco Foundation is supporting aspects of the event, such as the use of all-electric vehicles.

Jazmin said: “It was great to be out here with everyone and driving in this desert, there were definitely some challenges.”

Chaplin added: “There were a few things that we weren’t used to – that we thought would be easy and ended up being hard – it’s just like adapting all over again.”

Dominique Serra, founder of the event, said she was happy she had expanded the famous Rallye Aicha des Gazelles beyond Morocco, where it originated.

Curfew may be ordered in Alpes-Maritimes