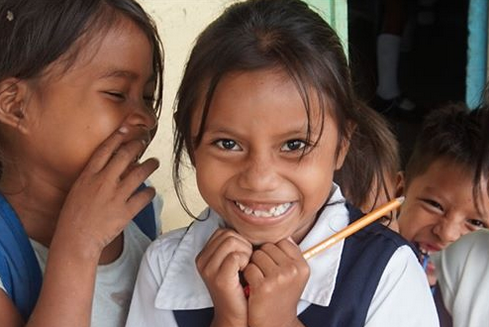 Domitille Valentin-Lagourgue, director and co-founder of Monaco’s own Mission Enfance, the children’s international charity, has been made a knight of the Order of Merit of the French Republic.

The award was made at the association’s headquarters on Avenue des Papalins by the French Ambassador, Laurent Stéfanini, on Tuesday, October 29.

Monaco’s Minister of the Interior Patrice Cellario and many other dignitaries were present, and heard how Madame Valentin-Lagourgue had first become involved in humanitarian work while working as a journalist during the Soviet occupation of Afghanistan.

“You have had many lives… you have been a journalist, a writer, and a humanitarian. You are a humanist in action, convinced that no challenge is insurmountable.”

“It is an honour that I accept all the more because it embodies a commitment to the service of others, shared by everyone here,” Madame Valentin-Lagourgue said. Mission Enfance was first set up 28 years ago.