Between the lines: Jeff Daniels’ week

I am not good at dinner parties and most social events make me very fiddly and nervous. All I want to do is find a glass of wine and what the Americans call a tidbit to tide me over and make it very difficult to shake anyone’s hand. If I do sit down at a table of other guests I wait until they talk about something on television, which takes about 45 seconds, at which point I butt in to tell them that watching TV is a very silly thing to do, not only because of the inane thought-control programming but because it’s the government’s way of watching them. From that point on I am excused any part in what passes for a conversation.

However, and it’s a big however, all this has come to pass, and we can expect more and more Big Brother surveillance at every conceivable level. Despite this, one of my own, smaller brothers has bought a Chinese smartphone and seems delighted with it. I’ll come back to this in a moment or two.

News that a fairly high-ranking Saudi Prince has gone missing, and has not been seen for several months, raises very few eyebrows in the vast miasma of world news and current affairs. Salman bin Abdulaziz bin Salman al Saud has, or had, many and varied business interests in Europe, including property in Monaco.

The Prince has apparently fallen foul of the de facto ruler of Saudi Arabia, Crown Prince Crown Prince Mohammad bin Salman Al Saud, otherwise known as MBS, who was most definitely not involved in the murder of Jamal Ahmad Khashoggi, the Saudi Arabian dissident, author, columnist for The Washington Post, and a general manager and editor-in-chief of Al-Arab News, if the Crown Prince himself is to be believed, which apparently he is.

Salman bin Abdulaziz bin Salman al Saud was detained several weeks ago when several royals were questioned about their business interests and other connections and ordered to pay their own electricity bills. His homes in Paris and elsewhere are collecting dust, although his estimated staff roster of 300 is still in place.

Sadly, this latest disappearance may do little to dent the multi-billion dollar PR campaign currently running to project Saudi Arabia as a playground for the environmentally-conscious super rich as the top Saudis see the end of oil coming one day not soon enough.

Meanwhile, the Monaco and Channel Island residents the Barclay Brothers have hit the UK headlines with reports that the family firm is trying to sell the UK newspaper the Daily Telegraph, and possibly other assets, such as the Ritz. The twins (both 84) who set out in business as painters and decorators – although no-one can quite recall if it was Sir Frederick who was the painter and Sir David the decorator – have handed over day to day control of their diverse business empire to the next generation.

Profits at the Brexit-supporting Telegraph fell to £900,000 last year, as sales of print titles across the board continue to plummet and most newspapers have so far failed to find a viable business model in the face of free fictitious content on social platforms.

Amid feverish media speculation, neither the brothers nor the Telegraph would comment on the reports.

Coming back to my brother’s new Chinese telephone, a cry of great alarm has gone up in Britain over the fact that more than 100,000 Chinese students are enrolled at the UK’s universities, bringing in quite a lot of loot in student fees, but also resulting in widespread fears that secrets will be stolen on an industrial scale to serve the needs of one of the most totalitarian and despicable regimes on earth.

Universities are, after all, the fount of knowledge and the fount, too, of a great deal of nonsense. Perhaps, with a bit of luck, the Chinese intelligence services will be confused, and concentrate their prodigious deciphering efforts on Women’s Architecture, Hidden Limbs in the Victorian Period and Their Influence on Art and Music, the Emergence of LGBT GT+ Studies under Tony Blair and so on, rather than the development of thin film that makes tanks and aircraft invisible, should post-Brexit UK have any.

At a higher level, the naivety of states across the world that have embraced Huawei’s technology is truly astounding. Now there are 50 of them. They excuse it by saying such things as the West has no comparable tools, as if 5G technology is a mystery of colossal dimensions. Modern China is an evil empire that makes even Saudi Arabia look good in comparison and we should open our eyes to the reality of its scorn for democracy and the existence of very unpleasant concentration camps for one million Uighurs in the west of China. But then, it really is a very nice-looking smartphone. 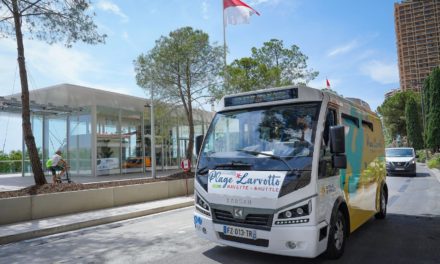 Larvotto venue forced to close because of infractions 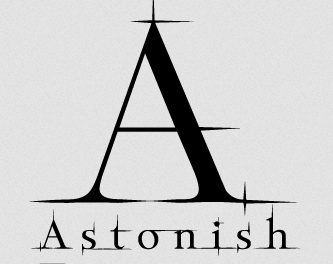