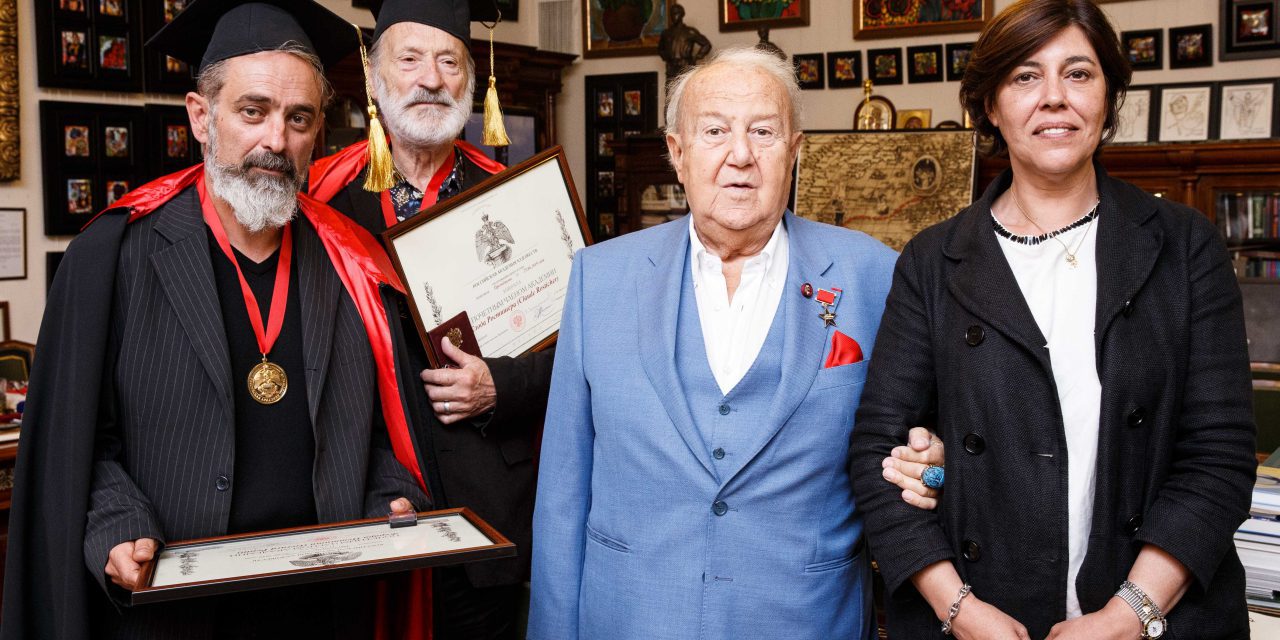 Monegasque artists Gérard Pettiti and Claude Rosticher presented their joint exhibition “Monaco, Stories of Artists” at the Museum of Modern Arts in Moscow on July 9.

Organised with the support of the Embassy of the Principality of Monaco to the Russian Federation, the theme was to pay tribute to Armand Gatti, Leo Ferré, Albert Diato and Luis Molne – deceased personalities from the art world and culture, all of whom maintained a strong link with the Principality.

Nearly 200 distinguished guests took part in the private opening of the exhibition, including HE Mr Mikhail Shvydkoy – Special Representative of President Vladimir Putin for International Cultural Cooperation, and Zurab Tsereteli, President of the Russian Academy of Arts. They saluted the careers of the two artists involved in the project.

Following the event, Messrs Pettiti and Rosticher were named honorary members of the Russian Academy of Arts, a rare privilege in Russia, especially for foreign artists.

The exhibition will continue place in Moscow until August 11, before moving to the Regional Museum of Fine Arts in Rostov (from August 23 to September 22) and the Russian Orthodox Cultural and Spiritual Centre in Paris (October 11 as of November 1, 2019).

This tour has been organised with the help of SOGEDA, the Monaco City Hall and the companies “MPM Partners”, “Financial Strategy”, “DIMEX” and “RIF”.